There’s a thrill to finding an interesting new startup in which to invest. The internet has made it easier than ever for innovators to connect with eager private backers and vice versa. In many cases, this enthusiasm helps startups grow more quickly, while investors can get in on the ground floor. However, excitement can be used against investors, too.

That’s just what happened with the company uBiome. The business got its start online with a 2012 Kickstarter campaign, promising at-home gut microbiome tests. It grew rapidly from there, under the guidance of cofounders Jessica Richman and Zachary Apte.

By 2018, the company was valued at nearly $600 million. The fall was quick when it came: by September 2019, the FBI had raided uBiome’s offices, Apte and Richman had resigned, and the company filed for Chapter 7 bankruptcy.

What happened? According to the SEC, fraud. As of March 2021, Richman and Apte have been indicted by a federal grand jury for defrauding investors of $60 million. Here’s how they allegedly broke their investors’ trust and what to do if you’re a victim of uBiome’s collapse.

Most investors choose to put their money in a business because they expect a return. They believe that their investment will grow over time as the company expands. For a while, uBiome met that expectation by offering in-home and clinical testing options and earning plenty of insurance reimbursement income. However, things started to fall apart in April of 2019 with the FBI raid.

The raid prompted uBiome’s board of directors to perform an internal investigation. That’s when the scope of the company’s fraudulent activities became clear.

First, while uBiome marketed itself as a medical testing firm, it didn’t operate like one. Most of these tests are ordered by doctors when they have a patient with a relevant condition. uBiome, on the other hand, actively courted the patients themselves.

They would email people with intestinal disorders, encouraging them to ask their doctors about the tests and offering gift card incentives. The company also had its own in-house doctors who were pressured to approve as many tests as possible.

uBiome’s goal was to encourage as many tests as possible to raise revenue. Since they charged nearly $3000 for each test, this was incredibly profitable for the company. However, the tests themselves didn’t actually tell doctors anything useful in most cases. In fact, it was common practice in the company to withhold information from external doctors about the tests’ actual utility.

uBiome’s fraudulent behavior didn’t stop with unnecessary testing. Patients quickly noticed that their insurance companies were being billed multiple times for the same test. Insurance providers around the country started checking the company’s claims and began to refuse them.

Meanwhile, Apte and Richman were still pushing for growth. To keep insurance reimbursements coming in, they put pressure on their employees. The pair encouraged staff to file false insurance claims, backdate paperwork, and otherwise falsify paperwork to defraud insurance companies. On top of this, they actively hid this behavior from the board of directors and ignored staff who spoke out against it.

On paper, uBiome was doing excellently. However, their entire business model was based on fraud. When investors asked about their billing practices, Apte and Richman lied to make their look better. Without being propped up by unnecessary tests and fraudulent insurance payments, the company made significantly less money.

According to the charges laid out by the SEC, the pair knew that the company wasn’t as successful as it seemed. Some of the allegations include defrauding investors by selling $12 million of their own shares and attempting to launder the money afterward.

Have You Been Defrauded by uBiome?

Apte and Richman’s defrauded $60 million came from several sources. The $12 million they earned through the sale of their stocks is most important to investors. If you purchased uBiome stock, you might have lost a significant amount of money because of the company’s lies. If the SEC’s case is successful, you may be eligible to have some or all of your funds returned.

If you’re not sure whether you’ve been defrauded by uBiome, you can check your investment history. Record whether you owned the company’s stock and when you bought and sold it. This is a collection of proof you’ll need to receive restitution if the founders are ultimately found guilty.

If you believe you’ve suffered from any type of investment fraud, you’re not alone. Scams like uBiome are unfortunately common, though they’re usually not on such a large scale. There are three steps you need to take if you believe you’ve been defrauded.

First, collect evidence. The more evidence you collect showing that a fraud lost your money, the more likely you are to convince the court that you’re owed restitution.

Second, follow the case closely. If Apte and Richman are found guilty, there will likely be a court order determining who is paid back and how. If you meet the eligibility requirements, you will need to contact the correct authorities and individuals to ensure you are entitled to receive restitution.

Third, consider hiring an attorney. Proving that you’ve been defrauded is rarely easy. Even if Apte and Richman are found guilty, you still need to demonstrate that you’re one of the victims. An experienced investment fraud attorney can help you navigate the legal system and maximize the recovery you may be able to obtain.

Get What You’re Owed

Everyone makes mistakes. It’s all too easy to lose money on an investment like uBiome when it’s marketed well. Add in the lies and fraud, and it’s clear that any money you lost on your investment is not your fault.

You deserve to get that money back. Depending on the course of the SEC case against uBiome’s founders, you might be able to do so. If you believe you’ve been defrauded by the company, get in touch with a qualified lawyer today to discuss your case. 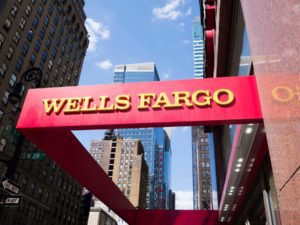 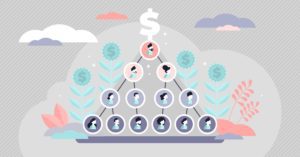 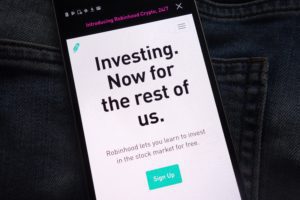