Robert J. Girard II, a founding partner of Girard Bengali, APC, has more than 19 years of experience in the areas of securities litigation, securities arbitration and employment disputes. He represents clients in Los Angeles, California, and throughout the state.

Mr. Girard advocates for institutional and individual investors in their legal disputes. He has recovered millions of dollars on behalf of his clients from a majority of the biggest Wall Street brokerages. In July 2017, Mr. Girard secured an award of $1.8 million for an elderly couple who were victims of elder financial abuse, with over $1 million of the award representing punitive damages. He also represents securities professionals in their employment disputes with broker-dealer firms. In one such case, Mr. Girard secured a $3.7 million arbitration award against a FINRA member in California on behalf of individual brokers. In another case, Mr. Girard secured a highly favorable settlement for an individual broker who had been wrongfully discharged and obtained an award for expungement of his Form U-5 after proving the language was incorrect and defamatory in nature. 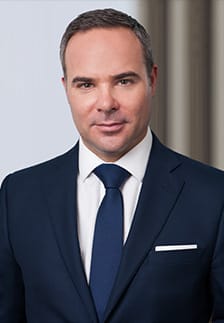