This post is written on behalf of Girard Bengali, APC.

Los Angeles, California, November 21, 2017 – On behalf of their client, Jane Doe, Robert J. Girard II and Omar Bengali, Partners at Girard Bengali, APC and Jeanne M. Christensen, Partner at Wigdor LLP, filed a lawsuit against Uber Technologies, Inc in California Superior Court. The lawsuit alleges that Ms. Doe was raped and sexually assaulted by her Uber driver, Iosefo Auvaa, during an Uber ride in Long Beach, California on November 11, 2016. (BC683524)

The lawsuit alleges that Ms. Doe utilized her Uber app to hail a ride believing it was the “safe choice” after a night out with her friends. Unfortunately, despite Uber’s frequent proclamations of safety, the lawsuit alleges that Ms. Doe was horrified to learn that Uber’s representations were completely false and placed her in serious danger. “Uber’s motto of ‘profits over safety’ has been at work at Uber for years”, says founding partner, Robert J. Girard II. “Unfortunately, the model of ‘profits over safety’ is also responsible for the tragedy at the center of this litigation.”

The lawsuit further alleges that shortly after Auvaa was booked, Ms. Doe discovered that he had been previously charged for committing violent crimes. Specifically, as alleged in the complaint, in October of 2006, Auvaa was charged with two counts, including “Annoying or molesting a child under 18” as well as “Domestic battery.” Separately, in or around December 2009, a California court had granted a temporary restraining order against Auvaa in connection with allegations of sexual abuse of a minor family member. The lawsuit alleges that despite this background, and as a result of Uber’s “inadequate and careless background checking process”, Uber improperly permitted Auvaa to carry passengers for Uber.

“Despite his documented troubling background, Uber allowed Auvaa to transport passengers, including Ms. Doe, for a fee paid to Uber,” says a joint statement released by Girard Bengali, APC and Wigdor, LLP. “We are confident that a jury will hold Uber accountable for this horrific and senseless violence. Uber must take immediate action to prevent another tragedy like this from happening again.” 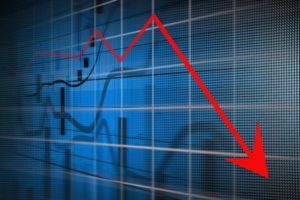 Girard Bengali, APC, is currently representing clients of UBS who lost money in the YES (Yield Enhancement Strategy). YES was marketed as a safe investment

In an article published today at FinancialPlanning, Girard Bengali, APC partners Robert Girard and Omar Bengali were quoted in relation to the recent award for 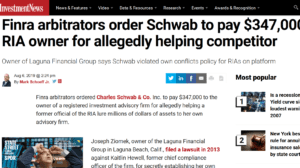 Another Win In The Fight Against Corporate Greed

Firm partners, Robert Girard and Omar Bengali, were today quoted in an article about the firm’s recent victory for their client. 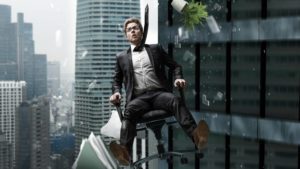 Our managing partner, Robert Girard, was quoted extensively in this article about a client being represented by Mr. Girard. The lawsuit involves a former wirehouse 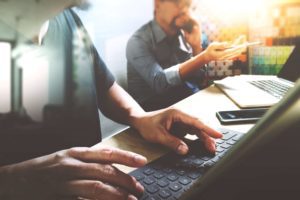 WHAT TO DO AFTER BEING HANDED THE FORM U5

On behalf of Girard Bengali, APC on Monday, June 3, 2019. As Wall Street’s standards continue to change and evolve, many financial advisers in Los Angeles and

FINRA COULD IMPOSE NEW REGULATIONS ON BROKER-DEALERS AND FIRMS

On behalf of Girard Bengali, APC on Tuesday, May 28, 2019. Brokers and financial firms in California and nationwide may be interested in a report that the